The main problem with Professor Hamid Ghany’s analysis (“Prepare for Constitutional Debate,” Guardian, Nov. 18, 2007) is that it fails to take the views of ordinary people into consideration and leaves East Indians out of the constitutional debate for which he wishes to prepare us. Professor Ghany extols the wisdom of Major Wood and argues that “the whole history of the African population of the West Indies inevitably drives them towards representative institutions fashioned after the British model.” If he wishes to cite historical examples to clarify African agency and the struggle for representative government there is no sound reasons why he could not go back to the Baptist War in Jamaica (1831); Daaga uprising in Trinidad (1837); or the Morant Bay Rebellion in Jamaica (1865). If he wanted to take an inter-racial perspective-after all we live in an interracial society-he could have gone back the major Indian panchayat in Tacarigua in 1899 when East Indians rescued the leadership of their group from John Morton and signaled their independence. Trinbagonians have always rejected authoritarian rule and spoke up for themselves.
END_OF_DOCUMENT_TOKEN_TO_BE_REPLACED

The avalanche of criticisms that slammed into National Security Minister Martin Joseph and his protective services chiefs after their media briefing last week was not only predictable, but, necessary. Here’s a country in the vice-like grip of a crime clinch that seems to come from a mutant octopus, and there were the minister and his chiefs saying: no worries! Well, not quite. But their apparent insensitivity to the mayhem that has engulfed the nation, the fear that most people live with, every minute, every day, only served to infuriate the population.
END_OF_DOCUMENT_TOKEN_TO_BE_REPLACED

She ran the gamut of emotions as she stood at the front entrance of the Mt Hope Women’s Hospital, eagerly awaiting the return of her five-day-old baby boy.

It was at this same institution that one of Noel’s greatest fears was realised…her son was stolen from her, just mere hours after she gave birth last Friday morning.
END_OF_DOCUMENT_TOKEN_TO_BE_REPLACED

In the rest of the civilised world politics is the art of the possible and of compromise. In T&T it degenerated in 2007 into a fine art of naked UNC deception that caused some 190,000 unsuspecting people to be so manipulated that they bought into it with their rustic innocence and hero worship of a badly scarred leader.

Panday whose political credibility has reached ground zero deceptively led Mr. Dookeran in October 2005 into the lion’s den under the false illusion that both were participating in leadership succession planning in the UNC. Mr. Dookeran suffered from the worst form of humiliation and total disrespect as Leader of the UNC.
END_OF_DOCUMENT_TOKEN_TO_BE_REPLACED 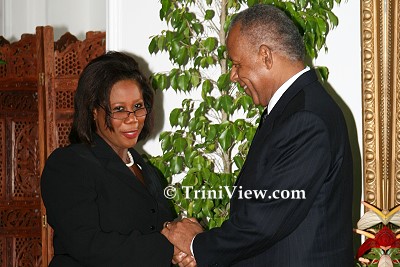 It took me a while to recover from the shock of the cesspool into which local politics had fallen, and to fumigate my mind from the stench that permeated political discourse in the recently concluded general election in T&T. I will not rehash the unsightly displays and personal attacks that took precedence over numerous opportunities to articulate a vision for the country, propose feasible solutions to pressing social issues and to demonstrate enlightened leadership. However, I still can’t get over the petty miscreant whose battle cry was “let ME go out in a blaze of glory”, when the future of the nation was at stake, nor the acrimonious remarks used by the sore losers to conceded defeat. But all that is behind us now. The universe has unfolded as it should. While there is need for consultation and strategy, the job of running the country must continue without pause for a honeymoon. At the core, it must be born in mind that a government was elected to lead a nation, not only to serve those who lent their support when political barbarians were pounding at the gates. That’s what democracy and leadership is about.
END_OF_DOCUMENT_TOKEN_TO_BE_REPLACED 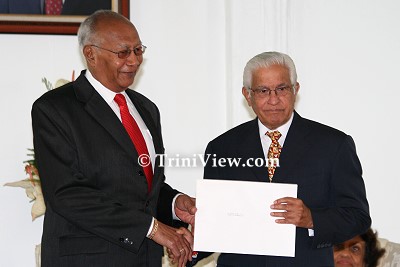 Opposition Leader and Member of Parliament for Couva North Basdeo Panday received his instrument of appointment as Leader of the Opposition on Thursday 15th November, 2007, at the President’s house in front of a small gathering consisting mainly of UNC supporters.

The Instrument of Appointment was presented to Mr. Panday by His Excellency Professor George Maxwell Richards, President of the Republic of Trinidad and Tobago at a very brief and simple ceremony.
END_OF_DOCUMENT_TOKEN_TO_BE_REPLACED

If the PNM can take little comfort in its victory in the recent general elections, how must the opposition UNC view the results? Last week I alluded to what I saw as a decline in support for the PNM in many of its core constituencies. True, boundaries were re-drawn by the EBC and five new constituencies created, making it difficult to make clear comparisons with previous election results. But when one examines the numbers (compared with 2002 results), they must be cause for serious concern for the new Government that is supposed to officially start functioning tomorrow.
END_OF_DOCUMENT_TOKEN_TO_BE_REPLACED 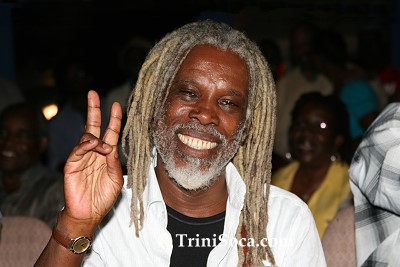 Later that night, some media reports indicate that Coppin’s mother dialed 911 to report a domestic dispute, to which police officers responded. The police today released what the department said is audio where Coppin could he heard yelling “I’ve got a gun,” Newsday and the Associated Press reported this evening, adding that the mother had told a police Captain at the scene that the son did not have a weapon.
END_OF_DOCUMENT_TOKEN_TO_BE_REPLACED

This topic is a split from the thread:
“T&T General Elections 2007 Unofficial Results”

I agree with Mr. Ruel Daniels that racism perpetrated by certain indo-trinis needs to be eradicated (like any other kind of racism).
However, his wholesale labelling of east indians in general and hindus in particular as racist brahmin plottrers (dalit origins nonwithstanding).
This actually makes it difficult for east indians to attack the racists in their own community, as they would likely draw additional fire by doing so.
Perhaps, something like this:
END_OF_DOCUMENT_TOKEN_TO_BE_REPLACED