At around 11.38 a.m. on 31st May, 2016, FLOW’s cable and internet services went down. I immediately tried to contact the company to ascertain the problem. However, all that I got was a recording from the technical department stating that a customer service representative would be with me shortly. After waiting for ten minutes I hung up.
END_OF_DOCUMENT_TOKEN_TO_BE_REPLACED

EIGHT of the ten men on trial for the murder of businesswoman Vindra Naipaul-Coolman, were found not guilty of the crime this afternoon.

Retrials have been ordered in the case of the two other murder accused.

The verdicts were announced at around 5.30p.m in the Hall of Justice, Port of Spain before Justice Malcolm Holdip.
END_OF_DOCUMENT_TOKEN_TO_BE_REPLACED 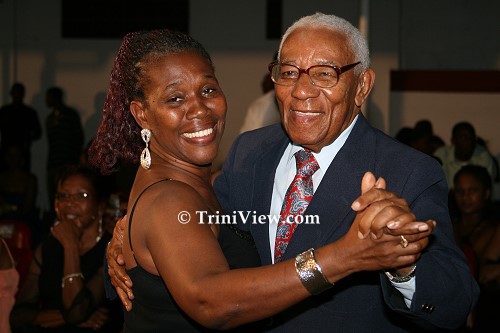 Right: Holly Betaudier at the Independence Queen of the Ball and Dance Competition 2007

Former radio and television producer and presenter, as well as actor Holly Betaudier passed away peacefully at his home in Westmoorings at 11.20 pm on Sunday night. He turned 91 on January 27, 2016.
END_OF_DOCUMENT_TOKEN_TO_BE_REPLACED

That was the “message” Secretary General of the Sanatan Dharma Maha Sabha (SDMS) Satnarayan ‘Sat’ Maharaj sent publicly for Roman Catholic Archbishop Joseph Harris in light of the controversial debate on child marriage and the law.

“Mr Archbishop and all you other people, look at the mote in your own eye before you point out the mote in the eye of the Hindu.
END_OF_DOCUMENT_TOKEN_TO_BE_REPLACED