Panday, Warner lead UNC Alliance
Jack Warner and Basdeo Panday will lead the UNC Alliance into the November 5 General Election. The announcement was made last night by both men following four hours of intense, closed-door discussions among members of the UNC Alliance leadership council at Emerald Plaza in St Augustine.

Panday’s re-trial stopped
In an amazing turnaround yesterday, the London-based Privy Council gave Basdeo Panday a chance to prove that the three integrity in public life charges brought against him were filed out of time. The Law Lords’ decision thus, also gave TT’s former PM a new lease on his political life as he won’t have to argue his case until next April.
END_OF_DOCUMENT_TOKEN_TO_BE_REPLACED 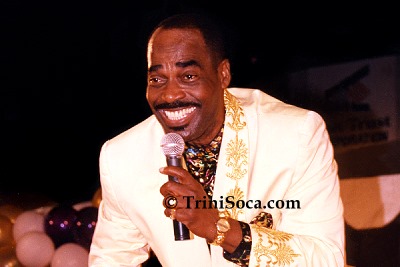 Kelvin Pope, known in the Calypso world as ‘Mighty Duke’, is a legendary Calypsonian whose work spans a period of over fifty years. Born in 1930 in Point Fortin, south Trinidad, ‘Duke’ grew up in a period that was marked by striking workers who challenged the colonial authorities by protesting against working conditions, wages, racism and exploitation in the oilfields. Growing up in this turbulent period would have a lasting impact on Kelvin Pope and the music that he would create in years to come. His serious Calypsos reflect a spirit of resistance that is still very much alive up to this day. Influenced by Calypso stalwarts like ‘Lord Syncopator’, ‘Mighty Spoiler’, ‘Mighty Cypher’ and ‘Lord Kitchener’, ‘Duke’ has, over the years, become renowned not only for delivering social commentary, political and witty, humorous songs with equal skill, dignity and lyrical mastery but also for his stately stage presence and for being one of the best-dressed Calypsonians to this day. The only Calypsonian to win the National Calypso Monarch Crown four times in a row, Kelvin Pope’s body of work includes “Black is Beautiful”, “Teach the Children”, “Brotherhood of Man”, “Mathematical Formula”, “Treat Your Woman”, “Land Of Love” and “Pan In Yuh Ruckungkertungkung”. His focus has not been limited to local issues as he has demonstrated the importance of a global awareness in his interest in the liberation struggles in Africa. With such songs as “How Many More Must Die” and “Apartheid” he was a vocal critic of apartheid in South Africa.

On Thursday 27th September, 2007, Kelvin ‘Mighty Duke’ Pope shared some of his perspectives and life experiences with TriniSoca.com.
Continue to: ‘The Mighty Duke Speaks’