I don’t know of anyone, from political analysts to columnists like myself, who accurately read the swing that saw the People’s Partnership barrel its way through PNM strongholds to win a resounding victory in last Monday’s general elections. True, new Prime Minister Kamla Persad-Bissessar and the COP’s Winston Dookeran were trumpeting from their platforms: there will be no safe seats for the PNM. But that call to arms was prompted more by expectations than predictions.
END_OF_DOCUMENT_TOKEN_TO_BE_REPLACED

It was one of the saddest days in the history of the PNM. Party members surrounding the political leader’s car and saying “Go!” It had come to that. As my mother would say in her own inimitable way, “Yo’ does do and do until yo’ can do no more.” And in his own bumbling way, Manning had brought disgrace unto himself and his party by believing that he was beyond the party and the people.
END_OF_DOCUMENT_TOKEN_TO_BE_REPLACED

Anand Ramlogan is AG
San Fernando-based attorney Anand Ramolgan has been appointed Attorney General of T&T. Following the swearing-in of Kamla Persad-Bissessar as Prime Minister, Ramlogan, 37, was sworn in as a senator and made the new attorney general of the country.
END_OF_DOCUMENT_TOKEN_TO_BE_REPLACED
7: 20 PM – May 27, 2010

It has been confirmed that Patrick Manning has resigned as the political leader of the PNM.

PNM’s Party Chairman Conrad Enill said that Mr. Manning has stepped down. He said that Patrick Manning offered to stay on until a new political leader was found. However, insiders said that the General Council asked Mr. Manning to resign with immediate effect. Mr. Manning then resigned and promptly left Balisier House.
END_OF_DOCUMENT_TOKEN_TO_BE_REPLACED

One would have thought that after Mr. Manning made his gallant pronouncement about “taking responsibilities” for the defeat of the People’s National Movement he would have had the good sense and astute political judgment to remove himself from the leadership of the PNM immediately. Moreover, one would have thought that after he said he would be guided by what is best for the PNM that he would have fired his executive, retreat to his residence at San Fernando, allow the PNM to access its problems so that it could plan for its immediate recuperation.
END_OF_DOCUMENT_TOKEN_TO_BE_REPLACED

The peaceful and civilized conduct and determination of the 2010 elections without incidents in which there was so much at stake for the incumbent regime makes me feel proud to be trini. The tenour of this election signals that T&T has achieved a note-worthy and qualitative leap in several aspects in the evolution of our political culture. This is the people’s achievement acting collectively to get the politics and its operating environment right.
END_OF_DOCUMENT_TOKEN_TO_BE_REPLACED 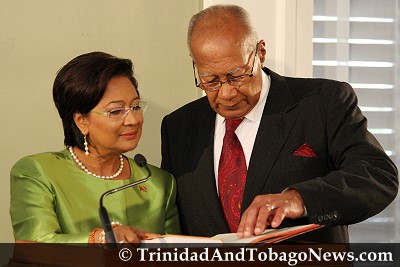 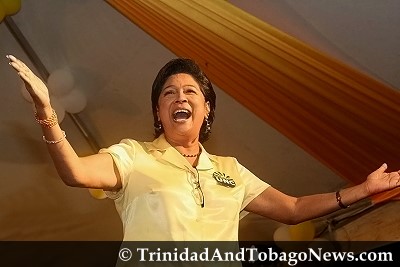