It is very clear that incumbent Guyanese President David Granger’s current agenda is to use the third- appointed Caricom Observer but low level Team to rubber-stamp and add some “legitimacy” to his virtual “coup” attempt of the Guyana Elections 2020.

One must appreciate that this intervention Team was hurriedly constituted by current Caricom Chairman, Mia Mottley after all the accredited Observer Missions that witnessed the conduct of the March 2 elections as well as the three recounts of the Region Four poll, unanimously criticised that ‘process’ used by Returning Officer (RO) Vraimont Mingo as being illegal and lacking in both credibility and transparency.
END_OF_DOCUMENT_TOKEN_TO_BE_REPLACED

In the absence of Prime Minister Dr Keith Rowley from T&T the foreign policy position and posturing on Guyana today seems to be in total shambles, nonsensical if not very contradictory and inconsistent at worst.

Its policy of detached non-interference that gained traction in the Maduro political crisis in Venezuela cannot be applied willy -nilly to the current stalemate in finalising the official results of the Guyanase elections for three unique reasons:
END_OF_DOCUMENT_TOKEN_TO_BE_REPLACED

In a Statement delivered at the Opening of the Energy Conference recently Prime Minister Dr Keith Rowley dishonestly sought to create false and misleading expectations in an election year namely that:

– T&T can gain continental shelf-access to and cash in on the huge hydrocarbon producing resources currently being exploited by Guyana, sometime in the future;
– by getting the UN Commission on the Limits of the Continental to agree to extend the maritime limits of T&T beyond 200 miles measured from its straight archipelagic baselines promulgated in 1986 by Order in complete violation of the provisions of the 2006 T&T/Barbados Arbitral Tribunal Award, the 1993 TT/Venezuela Delimitation Agreement and the tenets of the 1986 Law of the Sea Convention.
END_OF_DOCUMENT_TOKEN_TO_BE_REPLACED

It was a catastrophic national disgrace in 2003 when former Prime Minister Patrick Manning allowed former Bajan PM Owen Arthur to unilaterally haul T&T before an International Tribunal that adjudicated on and established our bilateral EEZ maritime boundary. In the process the Tribunal ignored compelling legal precedent and allocated almost half of our legitimate and previously claimed maritime space to the exclusive jurisdiction and expanded maritime patrimony of Barbados in perpetuity.
END_OF_DOCUMENT_TOKEN_TO_BE_REPLACED

If we think that the Trinidad and Tobago economy is in for another rough ride this year, possibly rougher than what we experienced over the past five years, we should read some of the grim global economic outlooks projected by international agencies such as the World Bank, the International Monetary Fund, Morgan Stanley, Goldman Sachs et al for almost every country in the world.
END_OF_DOCUMENT_TOKEN_TO_BE_REPLACED

It is no secret that the United States has long been plotting regime change in Venezuela. For over 18 months President Trump has been publicly floating a military invasion of the country. At a speech in Florida President Trump recently announced “the days of socialism and communism are numbered in Venezuela” ominously stating “one day soon we are going to see what the people will do in Caracas.” Vice President Mike Pence declared President Nicolas Maduro a “dictator” and reiterated that self-declared president Juan Guaidó had the “unwavering support” of the American people. In an attempt to destroy the economy and force Maduro out of power, the US has leveled multiple rounds of punishing (and illegal) sanctions on the country, and encouraged and intimidated others to do the same in an effort to isolate Venezuela politically and economically.
END_OF_DOCUMENT_TOKEN_TO_BE_REPLACED

The Chairman of Caricom, St Kitts-Nevis Prime Minister Harris described the Montevideo Mechanism as a blue print or framework to process and resolve all political conflicts. However Caricom’s immediate mandate was to deal exclusively with identifying specific proposals/measures/ the way forward for abating and resolving the worsening humanitarian and political crisis in Venezuela via peaceful means.

This so -called peace-making Mechanism contains four theoretical modules that students develop in their conflict resolution classrooms. It is not self-executing and depends on the push and pull intervention by Mexico, Uruguay and Caricom for its fulfillment in Caracas. No word is forthcoming on progress being achieved this front.
END_OF_DOCUMENT_TOKEN_TO_BE_REPLACED

END_OF_DOCUMENT_TOKEN_TO_BE_REPLACED

In this exclusive interview with Venezuelanalysis, an acclaimed writer and committed Bolivarian talks about the short and long term defense of Venezuela’s sovereignty.

Luis Britto Garcia is perhaps Venezuela’s most highly regarded public intellectual. A firm supporter of the Bolivarian Process, he has written numerous plays, novels, historical investigations and film scripts and is also an incisive commentator on politics in the region.

Many people on the left are critical of President Nicolás Maduro’s government, but that criticism has nothing to do with a desire to join the ranks of the right-wing opposition or its foreign allies. In the face of the current imperialist attack on Venezuela, we need to defend the country and stand up against interference. Do you agree?
END_OF_DOCUMENT_TOKEN_TO_BE_REPLACED 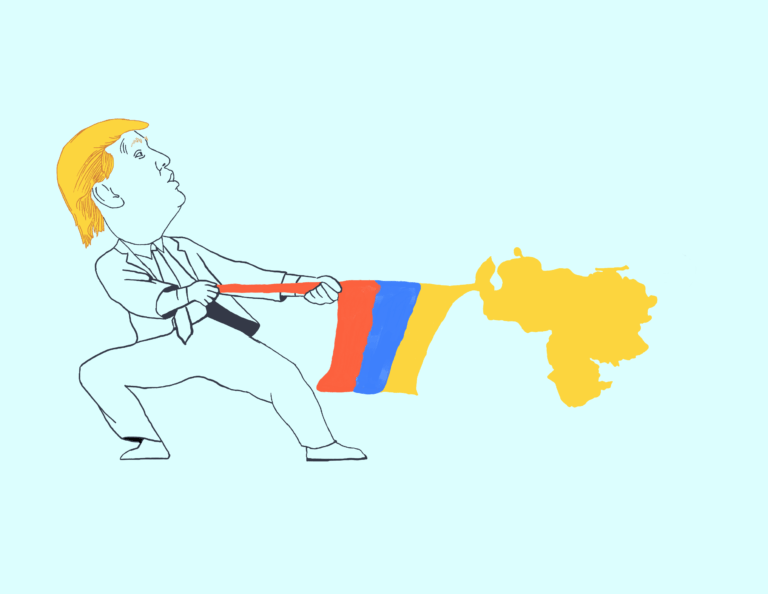 The US-sponsored coup in Venezuela, still ongoing as I write, is the latest chapter in the long and bloody history of US imperialism in Latin America. This basic fact, understood by most across the left of the political spectrum – including even the chattering liberal class which acknowledges this truth only with the passage of time and never in the moment – must undergird any analysis of the situation in Venezuela today. That is to say, the country is being targeted by the Yanqui Empire.
END_OF_DOCUMENT_TOKEN_TO_BE_REPLACED