In a moment of candor, Joe Biden has revealed why the U.S. needed the Russian invasion and why it needs it to continue, writes Joe Lauria.

The U.S. got its war in Ukraine. Without it, Washington could not attempt to destroy Russia’s economy, orchestrate worldwide condemnation and lead an insurgency to bleed Russia, all part of an attempt to bring down its government. Joe Biden has now left no doubt that it’s true.

The president of the United States has confirmed what Consortium News and others have been reporting since the beginnings of Russsiagate in 2016, that the ultimate U.S. aim is to overthrow the government of Vladimir Putin.
END_OF_DOCUMENT_TOKEN_TO_BE_REPLACED

Lowkey is joined by Asa Winstanley, an investigative journalist living in London who writes about Palestine and the Middle East. He has been visiting Palestine since 2004 and hails from the south of Wales. He writes for the groundbreaking Palestinian news site The Electronic Intifada where he is an associate editor and he also writes a weekly column for the Middle East Monitor.
END_OF_DOCUMENT_TOKEN_TO_BE_REPLACED

END_OF_DOCUMENT_TOKEN_TO_BE_REPLACED

I was in London in 2016 when the United Kingdom (UK) voted to leave the European Union (EU). I expected that the British would remain in the EU because international cooperation is better than nationalist posturing. I was wrong. The British people voted to leave the EU by a small margin.
END_OF_DOCUMENT_TOKEN_TO_BE_REPLACED 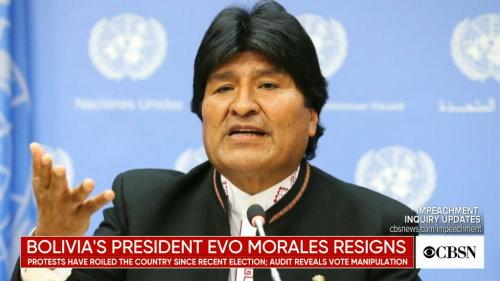 END_OF_DOCUMENT_TOKEN_TO_BE_REPLACED

“If you compared Britain to a sphinx, the sphinx would be an open book by comparison. Let’s see how that book speaks over the next week or so.”

Last Friday Britain was supposed to leave the European Union (EU) after which the land, as Boris Johnson and his Tory friends assured us, was supposed to be flowing in milk and honey. March 29 has come and gone. On that very day the British Parliament rejected Prime Minister Theresa May’s plan to leave the EU for a third time. This left British citizens asking: “How did we go so perilously wrong?”
END_OF_DOCUMENT_TOKEN_TO_BE_REPLACED

Tony Barber, Oxford scholar and European editor of the Financial Times, recalls an interesting occurrence when the European Union sought to write a European history book. “One historian from each EU member state was commissioned to write a chapter. The project was abandoned after the British complained that a Spanish historian had dismissed Sir Francis Drake, the Elizabethan maritime hero and victor over the Spanish Armada in 1588, as a mere ‘pirate'” (Financial Times, March 16).
END_OF_DOCUMENT_TOKEN_TO_BE_REPLACED

“Brexit has killed and saved her [Theresa May] at the same time….She knows as soon as Brexit’s done, she’s done.”

It was one of those all-consuming weeks. I did a book-signing at Wellesley College, Massachusetts, on Wednesday March 6 before flying to Dallas, Texas, the following Friday to attend my eldest grandson’s Beautillion, one of those black coming-of-age functions that has its origin in the southern part of the United States. Another grandson called it “a cotillion for dudes,” it being comparable to the cotillion ceremony that is held annually for young black women.

It was one of those proud moments in a black man’s life when he participates in a function that emphasizes his responsibility to his people, his roots, and his family as he crosses the threshold from adolescence to manhood. They call it “a rite of passage.” It is an important stage in a young man’s life.
END_OF_DOCUMENT_TOKEN_TO_BE_REPLACED

“A war has been declared on Venezuela, of which the truth is ‘too difficult’ to report” – John Pilger has his take on Venezuela.

Travelling with Hugo Chavez, I soon understood the threat of Venezuela.  At a farming co-operative in Lara state, people waited patiently and with good humour in the heat. Jugs of water and melon juice were passed around. A guitar was played; a woman, Katarina, stood and sang with a husky contralto.

“What did her words say?” I asked.

“That we are proud,” was the reply.
END_OF_DOCUMENT_TOKEN_TO_BE_REPLACED

Alan MacLeod looks at the role of the media in the regime change operation in Venezuela.

The latest extraordinary chapter in the bizarre world of Venezuelan politics is playing out before our eyes. After winning the 2018 presidential elections, Nicolás Maduro was inaugurated in January, only for the head of the National Assembly, Juan Guaidó — a man whom, at the time, less than 20 percent of the country had even heard of — to declare himself President.
END_OF_DOCUMENT_TOKEN_TO_BE_REPLACED