An underlying worrisome diplomatic situation exists today in five of T&T’s Overseas Missions. Diplomatic relations are conducted in accordance with the principle and practices of reciprocity and the comity of Nations. In India, UK, Costa Rica, Canada at the UN T&T representation has been scaled down to the level of junior but also inexperienced young and up-coming diplomats. This resulted from the withdrawal of both career and political appointed Ambassadors.
END_OF_DOCUMENT_TOKEN_TO_BE_REPLACED 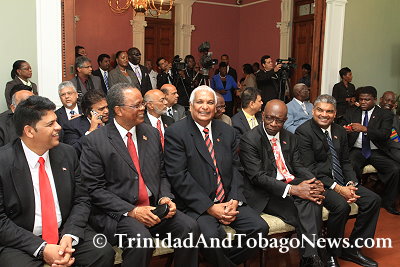 PRESIDENT Barack Obama’s bold move to seek to apply a tax rate of 30 per cent to America’s super-rich should serve as a catalyst of sorts for Finance Minister Winston Dookeran. Dookeran said recently that his ministry would soon review the income tax regime in Trinidad and Tobago. Changes to this country’s income and corporate taxes were last made in 2006. Then, the Patrick Manning government raised the personal allowance for individuals to $60,000, and applied a fixed rate of 25 per cent tax on all chargeable incomes above that.
END_OF_DOCUMENT_TOKEN_TO_BE_REPLACED

WITHIN recent times, I’ve had an uneasy feeling that this country is drifting around aimlessly. I sense that in the economic turbulence that has gripped much of the world, we have let go of the rudder of the ship of state, and cast our fate to the wind and the rough seas without even trying to steer a course to safety.
END_OF_DOCUMENT_TOKEN_TO_BE_REPLACED

Budget Statement 2012
Finance Minister Winston Dookeran presented the National Budget for the fiscal year 2011-2012, in Parliament, at the Waterfront Complex, in Port of Spain, this afternoon. Below is the full text of the budget speech:
END_OF_DOCUMENT_TOKEN_TO_BE_REPLACED

FOR the first time in many years, I am worried about the state of this country’s economy. I am not among alarmists who see doomsday whenever the price of oil dips by a dollar. To the contrary, in the wake of global financial crises of 200-08, when commodity prices tumbled, I didn’t even blink. Now, however, I’m wincing.
END_OF_DOCUMENT_TOKEN_TO_BE_REPLACED

Minister Winston Dookeran confuses me. He insists that the Budget deficit for fiscal 2010-2011 remains at around $8 billion, as he projected last year. Yet, he admits that Government collected $2 billion in unanticipated revenue from delinquent taxpayers who responded to the tax amnesty. He also admits that oil prices have been higher than budgeted, and prices of other downstream commodities (methanol, ammonia) have been buoyant.
END_OF_DOCUMENT_TOKEN_TO_BE_REPLACED

The PNM with the longest sojourn in the governance of T&T now has no alternative but to review and radically revamp the secrective and undemocratic nature and nurture of its long outdated and corrupted delegate system used to elect and determine its leader and governing National Council.
END_OF_DOCUMENT_TOKEN_TO_BE_REPLACED

AS members of the COP vote today on who will lead the second biggest party in the People’s Partnership Government, I commend officials who organised the internal elections, as well as the candidates and members of the party, on a reasonably well executed electoral exercise. I shall not attempt to influence voters by stating my views on the contenders. Suffice to say that for all his shortcomings, Winston Dookeran set some high standards that whoever succeeds him would find difficult to maintain, far less exceed.
END_OF_DOCUMENT_TOKEN_TO_BE_REPLACED 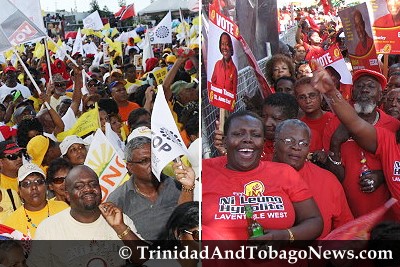 The findings of an opinion survey conducted by NACTA over the last week show the incumbent People’s Partnership (PP) Government has lost support while the PNM has managed to hold on to most of its support, just a year after the coalition won office by a landslide. However, if an election were called now, while the PP is likely to lose several seats, it will still retain office though by a narrow majority. Voters do not see any threat to the Government and they do not view the PNM as a viable alternative. The poll also shows Ministers Jack Warner, Roodal Moonilal, Glenn Ramadharsingh, and Vasant Bharath leading their colleagues in ratings for performance as well as in other measurements.
END_OF_DOCUMENT_TOKEN_TO_BE_REPLACED