In his Emancipation Day message, Carmona said TT should support the efforts of Caricom governments as expressed by Sir Hilary Beckles, Vice-Chancellor of the University of the West Indies and Chairman of the Caricom Reparations Commission, in an address to the British House of Commons on July 16, 2014.
END_OF_DOCUMENT_TOKEN_TO_BE_REPLACED 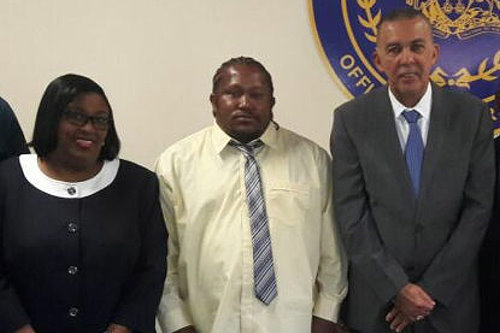 He also admitted his Government did not undertake due diligence in appointing the board of directors of the East Side Plaza and New City Mall, Port-of-Spain.
END_OF_DOCUMENT_TOKEN_TO_BE_REPLACED

On the observance of Indian Arrival Day today, President Anthony Carmona says the indigenous Indian culture brought by indentured labourers benefitted not only T&T but the world.

In his Indian Arrival Day message, Carmona said East Indian culture has produced doubles, Trini roti and curry blend and chutney music. He said citizens must remember the journey of the East Indian forefathers during the current times of economic challenges He said the East Indian presence in T&T has also had a great influence on the Caribbean way of life.
END_OF_DOCUMENT_TOKEN_TO_BE_REPLACED