I have grown accustomed to watching a scene in front of me—teenage boys kicking what life there was in a long-expired football, others of similar age and background carrying on an animated discussion on a subject I could not determine from where I stood, and yet others glued to their communication devices, maybe “chatting” with friends, maybe conducting extensive research into issue—I don’t know.
END_OF_DOCUMENT_TOKEN_TO_BE_REPLACED

“A black woman is no different to any other woman”
By Akilah Holder – Trinidad Express – March 08, 2013
www.trinidadexpress.com/woman-magazine/A_black_woman-196637151.html

I was standing in my local mini-mart one day, waiting to be served and minding my own business, when this scruffy and questionable-looking black man who had walked into the mini mart began eyeing me. From the corner of my eyes I had noted that he was eyeing me, and had thought to myself, “Oh gosh, here we go!”. As I had anticipated, this “character” walked over to me and began hitting on me. I shot him a look intended to convey “Ugh! Please!” At that point, I looked away. And I must have succeeded in communicating the meaning that I had wanted because he persisted, “why you have to treat me like I is a beast?” Yep, green verbs and all! I responded “because you are acting like one,” and so aggravated was I, that I was about to spit out “and you look like one too,” but I thought to myself “Look, Akilah, hush, jus hush”.
END_OF_DOCUMENT_TOKEN_TO_BE_REPLACED

The glamorization of Racism and Colorism makes these social plagues difficult to eradicate. The article linked below is another example of this stark reality.

It is no secret that the immensely diverse ethnic potpourri of Trinidad’s history has produced the most beautiful women in the world. Almost every white man of substance had his coloured mistress in days of yore. The fabled attraction of the mulatto woman had its effect on the fearsome Sir Thomas Picton, who ruled with an iron hand as the first British governor from 1797-1803. Picton sent forth pimps to search out a mistress.
END_OF_DOCUMENT_TOKEN_TO_BE_REPLACED 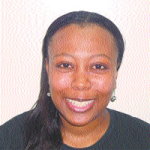 For the most part of my life, I have had to deal with the drama of being stereotyped from the moment I step into a room because of my light-brown complexion. The animosity directed my way is usually intensified by the length of my hair and my mannerisms. And most of this animosity comes from my own sex, the darker-skinned of my own sex. This animosity seems to be indicative of and to be a result of colorism, defined as a conscious or unconscious state of prejudice that may be experienced by both blacks and whites so that they label as less attractive and intelligent individuals of a darker complexion… Continue…
END_OF_DOCUMENT_TOKEN_TO_BE_REPLACED

A Step Towards the African Revolution

The session at the last Moonlight Gathering in September was highly profound and without a doubt, edifying and interesting. Usually, after a period of song, poetry, drumming and other chosen activities, the group at the Moonlight Gathering would engage an issue; any issue that we feel worth discussing and for whatever reasons. However, the last gathering was the first time that the discussion was so heated; so much so, that some chose to ‘stay out of the kitchen’.
END_OF_DOCUMENT_TOKEN_TO_BE_REPLACED