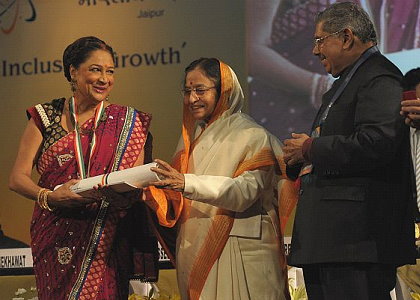 Prime Minister Kamla Persad-Bissessar attempted to touch the feet of The President of India, Shrimatee Pratibha Patil in true Trini Hindu-style of performing the “goar lagay” after receiving the Pravasi Samaan Award in Jaipur. The question is whether she has compromised the concept of the sovereign equality of states and infringed the secular configuration and contours of governance by this Hindu act of humility, respect, diplomacy and submission.
END_OF_DOCUMENT_TOKEN_TO_BE_REPLACED