TWO Trinidadian men were yesterday sanctioned by the US Treasury Department for suspicion of financing ISIS. This now triggers local authorities to initiate civil proceedings that can see the assets of both men seized.

Emraan Ali, 51, a Syria-based TT-US dual citizen and Eddie Aleong, 34, also known as Ishmael Mohammed, Ishmail Muhammed and Ismail’il Ali, were sanctioned under Executive Order (EO) 13224, which targets terrorists and those providing support to terrorists or acts of terrorism.
END_OF_DOCUMENT_TOKEN_TO_BE_REPLACED

COURIER company, WebSource, is warning its customers against trying to import banned items or risk having their items seized by the Customs and Exicse Division.

Adult toys are at the top of that list.
END_OF_DOCUMENT_TOKEN_TO_BE_REPLACED

“As everyone knows, priceless things have their price.” —Pierre Bourdieu, The Forms of Capital

Dr. Roodal Moonilal is a sophisticated intellectual who spent six years at the Institute of Social Studies at the Hague, in Holland, where he received a doctorate in history. In fact, he announced with justified pride: “I became the first student in the history of the Institute to graduate with a distinction in a PhD for my thesis (sic)” (Newsday, June 27, 2010). One would have thought that he was acquainted with Pierre Bourdieu’s thinking on the importance of cultural capital and its immense value to a society.
END_OF_DOCUMENT_TOKEN_TO_BE_REPLACED

A 15-YEAR-OLD form three Presentation College student, in a fit of rage, yesterday chopped off his mother’s right hand and then chopped her several times on the back of the neck after an argument at their Waterloo home. The teen, who was in his school uniform, with blood splattered over his shirt, was found in a daze at the nearby Waterloo Cremation site. While being escorted to a police van, he began weeping and told police he was sorry.
END_OF_DOCUMENT_TOKEN_TO_BE_REPLACED

Justice Devindra Rampersad had been asked by Jason Jones – a Trinidad-born openly gay man – to determine whether the State had the constitutional authority to criminalise sexual relations between consenting adults of the same sex.
END_OF_DOCUMENT_TOKEN_TO_BE_REPLACED 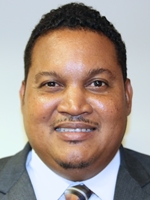 This following a meeting between the Prime Minister, the Minister of Planning and Development, the Honourable Camille Robinson-Regis and Mr Smith during which new information came to the attention of the Prime Minister.
END_OF_DOCUMENT_TOKEN_TO_BE_REPLACED

US law-enforcement officers, including the Federal Bureau of Investigations (FBI), tipped off TT’s Special Branch and the Strategic Services Agency (SSA) in December last year on plans by a certain group of local Muslims to bomb the US Embassy in Port of Spain between Carnival Monday and Tuesday.
END_OF_DOCUMENT_TOKEN_TO_BE_REPLACED

Social media users beware. You may have to pay if your posts are found to be defamatory. The warning came from Justice Frank Seepersad who yesterday ordered a woman who posted defamatory statements on Facebook, to compensate an entire family. She was sued after a series of post appeared on her page in 2016.
END_OF_DOCUMENT_TOKEN_TO_BE_REPLACED

Former attorney general Ramesh Lawrence Maharaj SC supports the Law Association’s probe of misconduct allegations against Chief Justice Ivor Archie, adding his voice to calls from lawyers and former judges who believe there is a case for Archie to answer.
END_OF_DOCUMENT_TOKEN_TO_BE_REPLACED

Chutney Singer Nirmal “Massive” Gosine’s latest song Rowley Mother Count has triggered a heated online debate on what should pass for composition at the national level.

Yesterday, Planning and Development Minister Camille Robinson-Regis joined the chorus of opposition to the play of words, describing it as distasteful and loathsome.
END_OF_DOCUMENT_TOKEN_TO_BE_REPLACED