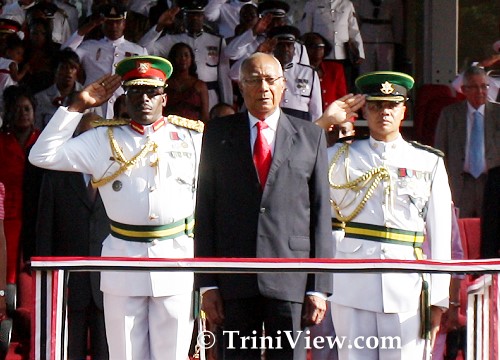 Too Much Human Tragedy
Several weeks after a policeman shot dead his common-law wife and then turned the gun on himself, President George Maxwell Richards has called for improved counselling for members of the Police Service to help them deal with personal and work-related problems.

Honoured for bravery
“I will do it again.” These were the words of Diane Baptiste yesterday, after she received a national award for gallantry for fighting off a gunman in defence of her daughters.

Guptie picks up medal No 4
ENVIRONMENTALIST Narine ‘Guptie’ Lutchmedial created Independence Day history yesterday when for the fourth time he was bestowed a national award.

Trinidad and Tobago News Blog’s URL for this article:
www.trinidadandtobagonews.com/blog/?p=1557