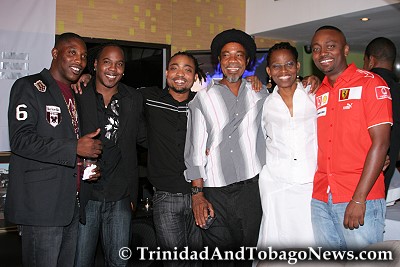 HEAD of the Port-of-Spain Division Snr Supt Steve Waldron yesterday instructed the Belmont police to lay charges against three men stemming from an alleged fracas which occurred outside the Zen nightclub, Port-of-Spain, on April 26.

The charges for use of obscene language, assault by beating and occasioning bodily harm are expected to be laid today.

The file on the incident was submitted to Snr Supt Waldron on Tuesday, and yesterday after perusing the statement and other documents attached to the file, the senior officer passed on the file to Inspector Deodath Dulalchan of the Belmont police to facilitate the charging of the three men.

Newsday learned the police will today begin laying the information at the Port-of-Spain Magistrates’ Court and then they will either proceed by summons or warrant to have the three men charged.

Sergeant Siewdass, of the Belmont Police Station, was instructed yesterday to carry out that exercise. Deputy Police Commissioner Winston Cooper was informed late yesterday by Snr Supt Waldron of his decision to lay the charges.

It is alleged that two persons, Brandis Brown and Russel Pollonais, of Princes Town were injured in the fracas. Soca star Machel Montano and his entourage were at the club that night, but the entertainer has emphatically and publicly denied that he was involved in the fracas. Pollonais spent two days at hospital and was discharged while Brown retained the services of attorney Anand Ramlogan in the matter.

Artistes face assault charges
Assault charges are expected to be laid against four popular entertainers today. They are also expected to be charged with using obscene language and assault occasioning bodily harm. The charges stemmed from a fracas outside a Port-of-Spain nightclub.

Cops take action in nightclub fracas
Charges are expected to be laid against four people in the April 26 Zen nightclub fracas which involved soca superstar Machel Montano, his entourage and a group of patrons.

No charges yet in Zen fracas
Investigations continued yesterday but up to last night charges had not been laid against four people in the April 26 Zen nightclub fracas which involved soca star Machel Montano, his friends and a group of patrons.

Machel Montano in Brawl at Zen