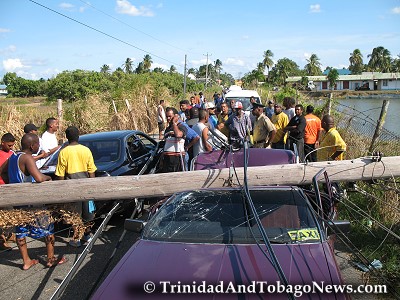 T&TEC pole on top of a taxi

A T&TEC pole fell on top of a taxi, almost splitting it in half, in Bamboo Settlement #2 injuring four people – Tiab Ali, his wife Ayesha Ali, daughter Natasha and granddaughter Samantha Lopez. The said pole that fell on top of the vehicle and also managed to damage another car near its path. 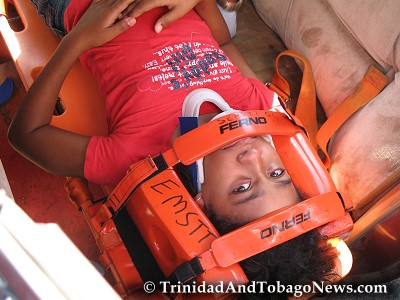 The roadway, which is the only way in and out of the Bamboo area, was blocked preventing the free flow of traffic for several hours. 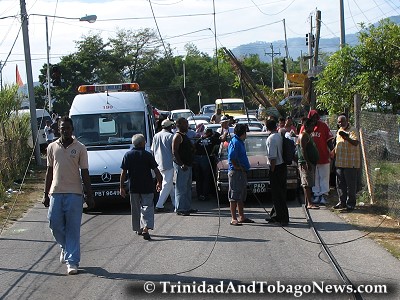 Residents of the area said that the rotting pole, infested with woodlice, was leaning for some time now and T&TEC was called several times about it, but to no avail. Councillor for the area, Khadijah Ameen, spoke to reporters and attested to this fact and stated that this was an accident waiting to happen. She complained that it was only now that the accident happened that the T&TEC officers have come, adding that anything Bamboo residents want, they have to protest for it. 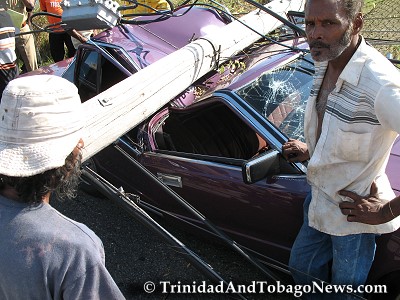 This incident sparked a protest by the residents who complained that they are taken for granted by the authorities. The residents have been protesting for year to have the road widened and for improvements to the infrastructure of the area but nothing as been done to date. They pledge to continue their protest until the authorities respond to their concerns.

The persons injured suffered varying degrees of head and neck injuries as the pole fell. The conditions of the injured parties are still to be ascertained.