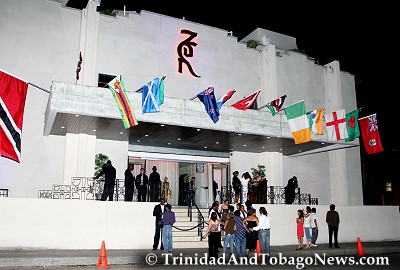 Less than twenty-four hours after police moved to close Zen nightclub, club owner Johnny Soong said that Zen is very much open for business. Soong is threatening legal action if his club suffers any losses coming from an extremely controversial string of events.

Armed with legal counsel, Johnny Soong has successfully secured an approval of his restaurant license which was denied by Magistrate Lianne Lee Kim less than twenty-four hours earlier.

It is the latest turn in an increasingly controversial string of events.

Speaking to the media last night, ACP Winston Cooper stated the club was ordered to close its doors following a decision by the licensing committee for the St. George West area not to grant the nightclub a restaurant license due to its failure to produce a health certificate. ACP Cooper explained that the chairman of the committee, the magistrate, brought up the issue as she dealt with several other applications. He said that Zen’s failure to comply effectively, closed the operations until all criteria to grant the restaurant license were met. But Soong said that he was taken by surprise by Cooper’s pronouncement. Even so, less than twenty-four hours later and armed with legal counsel, the club owner was able to secure a health certificate. Confirmation that the restaurant license was approved came from ACP Winston Cooper.

Speaking to Cable News Channel 3 this afternoon, Mr. Soong confirmed that the club will be opened for business tonight. But, he went even further to insist the club was never closed. According to Soong, “The reports that Zen was closed due to the revocation of our license came as a surprise to us. We would like all to know that should we suffer any damage to our business, we are prepared to take legal action as it was not true that any license was revoked.”

Controversy surrounded the nightclub following a sequence of highly publicized incidents, the latest being a confrontation between a club patron and a group of Soca artistes including Machel Montano. It resulted in a club patron being hospitalized. Montano and Soong both gave statements to the police. This scandal also followed a widely publicized incident involving an under-aged girl in a sexually charged dance with international artiste, Akon. Police officers who were on duty at the club on the night of the Akon incident were questioned about why they failed to stop the controversial performance. Statements were taken from club employees as police attempted to obtain surveillance videos of the night in question. A report on that incident was scheduled to be submitted to ACP Gilbert Reyes by this afternoon.

Police continue to insist that the decision to close the club had nothing to do with either incident.

Zen back in business
The Port-of-Spain nightclub, which has been at the centre of controversies over the past two weeks, threw open its doors to the public last night with its scheduled Glam Night.

Zen reopens
EMPLOYEES of the Zen nightclub were back on the job last night, as the facility reopened in time to host its weekly Glam Friday event, after being closed for one night.

10 thoughts on “Club Zen is Open for Business”