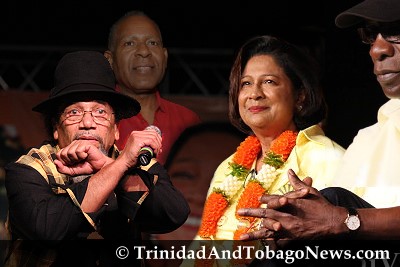 This column has been witness to at least ten general elections over the past four decades. In almost all of them, the exceptions being those in 1976 and 1986, it has supported the PNM, whether implicitly or explicitly. We are now in 2010 and face many new and daunting political and economic challenges. After having thought carefully about all that has happened to us as people since the 2007 elections, and indeed before, and having also considered the issues and the options that are available to us in terms of leadership, I find that I cannot possibly support the PNM and have no alternative but to endorse the People’s Partnership coalition as the formation which best suits the political and economic circumstances in which we find ourselves at this juncture. It is time for a change. We need to open up the political system and consider other governance options. We also need to lay to rest the ghost of the NAR. And the fear of coalitions with which it left us.

We are aware that the Prime Minster boasted to several individuals, including Caricom Heads of Government, that if he won the 2007 elections as convincingly as he expected to, there was no way he could ever be removed from office. Mr Manning was in fact articulating the ’Burnham Doctrine’, which states that if you are in power, and are prepared to do whatever is necessary to remain there, including using the state as a resource, you should have no difficulty ensuring this.