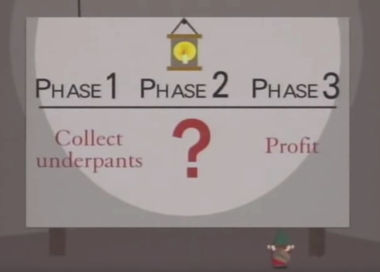 While U.S. coup plotting against Venezuela goes back to at least 1998 when the deceased President Chavez won his first election, the actual planning for this coup attempt was only done during the last two month. There are many holes in the plan and it involves a lot of wishful thinking. That might give the Maduro government openings to deflect the attack.

More likely though the insufficient planning, based on false perceptions of the situation on the ground, will lead to demands for escalation and mission creep. Venezuela must thus immediately prepare for the worst.

Today U.S. media give some insight into the decision making before the coup attempt. The Wall Street Journal headline makes it clear that the U.S. is 100% responsible for it:

The night before Juan Guaidó declared himself interim president of Venezuela, the opposition leader received a phone call from Vice President Mike Pence.

Mr. Pence pledged that the U.S. would back Mr. Guaidó if he seized the reins of government from Nicolás Maduro by invoking a clause in the South American country’s constitution, a senior administration official said.

That late-night call set in motion a plan that had been developed in secret over the preceding several weeks, accompanied by talks between U.S. officials, allies, lawmakers and key Venezuelan opposition figures, including Mr. Guaidó himself.

The leading figures were Vice President Pence, Secretary of State Pompeo and Senator Marco Rubio as well as hawks in in the National Security Council.

A decisive moment came a week later in a White House meeting Jan. 22, the eve of protests in Venezuela, when Mr. Rubio along with Sen. Rick Scott and Rep. Mario Diaz-Balart, both Republicans from Florida, were called to a White House meeting with Mr. Trump, Vice President Pence and others.
…
Other officials who met that day at the White House included Messrs. Pompeo and Bolton, Commerce Secretary Wilbur Ross and Treasury Secretary Steven Mnuchin, who presented Mr. Trump with options for recognizing Mr. Guaidó.

Mr. Trump decided to do it. Mr. Pence, who wasn’t at that meeting, placed his phone call to Mr. Guaidó to tell him, “If the National Assembly invoked Article 233 the following day, the president would back him,” the senior administration official said.

Trump himself is only interested in Venezuela’s oil reserves, which are the largest of the world:

While the developments this week surprised many onlookers, Mr. Trump had long viewed Venezuela as one of his top-three foreign policy priorities, including Iran and North Korea.
…
Mr. Trump requested a briefing on Venezuela in his second day in office, often speaking to his team about the suffering of Venezuelan people and the country’s immense potential to become a rich nation through its oil reserves, …

Before the U.S. attack on Libya Trump said (vid) that the U.S. should demand 50% of the oil profits from the ‘rebels’ it hoped to put into place: “[They] should have said: We’ll help you but we want 50% of your oil.” I likely requested a similar deal from Guaidó.

It is interesting that neither the Pentagon nor the Justice Department were involved in the planing of the coup attempt. They could have pointed out the obvious flaws.

Article 233 of the Constitution of the Bolivarian Republic of Venezuela (pdf) is not a valid legal basis for Guaidó himself or for the Venezuelan National Assembly to declare him president. It regulates the procedures in the case that the elected or sitting president “becomes permanently unavailable” which Maduro is obviously not. To cite Article 233 for claiming the presidency is a scam that no court will accept.

The White House planning also seem to go no further than the current stage. This for example is extremely wishful thinking:

“The U.S. believes the rank-and-file military are most likely with the opposition,” the senior administration official said. “The most significant development in the last 24 hours has been that the [Venezuelan] military has stayed in its barracks. And Maduro hasn’t ordered them to squash the protests possibly because he’s unsure they would follow his orders and doesn’t want to test that.”

This is delusional. The opposition protests were so far smaller and less violent that those in 2016. Even during those riots the military stayed in the barracks not because Maduro is afraid of it but because it plays no role in the internal security of Venezuela.

To confront rioting protestors is the job of the local police and the National Guard of Venezuela which “can serve as gendarmerie, perform civil defense roles, or serve as a reserve light infantry force.” While the National Guard is formally a military service it has its own line of command. Since 2002 Chavez and then Maduro have cleaned up the military. It has also received a number of perks. Many nationalized companies are led by (former) military officers. To base a plan for a coup on an unfounded hope of military support is crazy.

The White House seems at a loss at what to do next:

Much remains to be sorted out, including the U.S. determination that Mr. Guaidó represents the lawful government and is entitled to all revenues.

If that legal determination is made, it will soon be tested in court. As the flawed quoting of article 233 as a basis for Guaidó’s self declaration as president is not legally valid, any such determination will be flawed. That the administration has not thought of this before it acted is quite curious.

The Washington Post goes deeper into the obvious flaws of the plan:

With risks ahead, Trump administration pins hopes on Venezuela’s opposition

“I think that speaks for itself,” national security adviser John Bolton said when asked Thursday what Trump meant by saying “all options” are available to him.

The administration is betting that it will not need to spell it out further. But it was unclear whether it has fully mapped out a strategy in the event that President Nicolás Maduro refuses to budge, serious violence erupts or foreign supporters of Maduro’s government — including Russia and Turkey — decide to intervene on his behalf.

For now, the hope is to use the newly declared interim government as a tool to deny Maduro the oil revenue from the United States that provides Venezuela virtually all of its incoming cash, current and former U.S. officials said.
..
“What we’re focusing on today is disconnecting the illegitimate Maduro regime from the source of its revenues. We think consistent with our recognition of Juan Guaidó as the constitutional interim president of Venezuela that those revenues should go to the legitimate government,” Bolton said.

“It’s very complicated. We’re looking at a lot of different things we have to do, but that’s in the process,” he said.

If the U.S. stops payment for oil to the Maduro government, Venezuela will obviously stop shipping oil to the States. Several large Gulf Coast refineries are geared specifically to that heavy type of oil. They will have to stop working and gas prices in the U.S. will increase. One wonders how Trump’s voters will like that.

The administration also wants to increase sanctions on Venezuela but the existing ones are already causing the people pain while they have little effect on the government.

The plan is also based on the hope that the dude that came up in Venezuela can actually do something:

The U.S. pressure campaign is aimed partly at convincing Maduro that he cannot continue to govern, and partly at building up Guaidó.

“We have been engaged with the same strategy: to build international pressure, help organize the internal opposition and push for a peaceful restoration of democracy. But that internal piece was missing,” the official said. “He was the piece we needed for our strategy to be coherent and complete.”

But what does Guaidó have? Does he have any office, any public building, any army? Does he controls the ports, the custom offices and the central bank? Even in Venezuela few knew him. How many really committed followers does he have? There are some 8-9 million followers of the Bolivarian movement in Venezuela. These are poor people. Many of them own what they have to the socialist government. They will fight against an illegitimate coup. What means does the U.S. supported guy have to suppress them?

The Trump administration hopes Venezuela’s armed forces switch allegiances, but there is no clear road map for what Trump would do if that does not happen, or if blood is spilled.

The Post also confirms that the U.S. military was not involved in the planning even as the logical consequence of the coup attempt is likely a war:

“It’s kind of a giveaway, that [the Defense Department] or Southcom was not part of this process or wasn’t given a heads-up,” said one former senior administration official.

“One could argue that we are on, if not an inevitable path, certainly a path toward intervention because of the dramatic nature of what we’ve done,” the former official said. “Telling a sitting president he is no longer president and recognizing somebody else. Next question: Okay, what comes next? To what extent are we actually prepared to continue to march down this road?”

My impression is that Trump was scammed. It was long evident that he gives little attention to details and does not think things through. Most likely Bolton, Pompeo and Rubio presented him with a three step plan:

Phase 1. Support the self declared president Guaidó; Phase 2: … (wishful thinking) …; Phase 3: Take half of their oil!

This is similar to Trump’s other genius plan that now leads to the closing of U.S. airports. Phase 1 of that plan was to shutdown the U.S. government. Phase 2 foresaw that the Democrats give him money. Phase 3 was the Great Wall on the southern border that would help him to get reelected. That plan also failed because of wishful thinking. It also costs Trump at the polls.

But Trump has now committed himself to both poorly laid out plans and it will be extremely difficult for him to pull back from them. While he may still wiggle out of the domestic embarrassment over his wall, it will be much more difficult to do that on the international stage where he asked many other nations for their support. He is now on the spot and has no decent moves to make. Higher gas prices and a military escalation go against his election promises. His voters will not like either.

Bolton and Pompeo are both experienced politicians and bureaucrats. They likely knew that their plan was deeply flawed and would require much more than Trump would normally commit to. My hunch is that the soon coming mission creep was build into their plan, but that they did not reveal that.

Trump just ruined his presidency by falling for their scheme. How long will it take him to understand that?