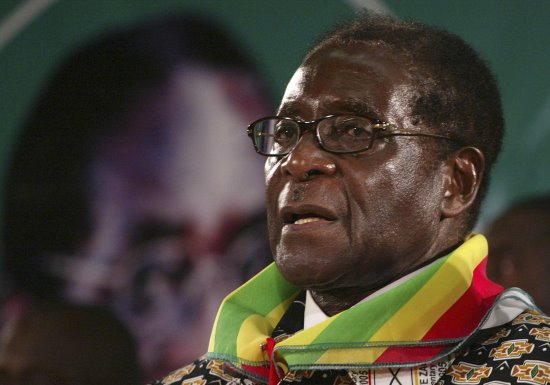 On the passing of former Zimbabwe President Robert Mugabe… I salute Robert Mugabe for his enormous contributions towards freedom and decolonization. Demonized in life and death for retrieving stolen Zimbabwe land, he will go down as one of the bravest leaders on the African continent. Thank you, sir.

We at RaceAndHistory.com, AfricaSpeaks.com and Trinicenter.com hail the contributions of former Zimbabwean President Robert Mugabe towards African liberation in Zimbabwe, the African continent and the African diaspora.
END_OF_DOCUMENT_TOKEN_TO_BE_REPLACED

The coup was led by Commander of Zimbabwe Defense Forces Constantino Chiwenga, who is closely aligned with former vice president Emmerson Mnangagwa.

Emboldened by President Robert Mugabe’s declining mental sharpness and physical health in recent years, Mnangagwa actively maneuvered to ensure that he would succeed the president. Mnangagwa served as one of Zimbabwe’s two vice presidents. From that position, he and his supporters, known as Team Lacoste, became embroiled in a bitter struggle with younger party members who coalesced around Secretary of Women’s Affairs Grace Mugabe, wife of the president, and whose group was known as Generation 40, or G40.
END_OF_DOCUMENT_TOKEN_TO_BE_REPLACED

Out and About in Zimbabwe’s Capital

For a change, I don’t want to discuss politics. I don’t want to debate whether big bad Mugabe is actually an African national hero, as many on this continent believe, or some brutal dictator, as we are told relentlessly by the BBC, The Economist and virtually the entire Western establishment media.

‘Data’ about Zimbabwe is developed somewhere, to serve Western political interests, and then it is recycled, repeated by hundreds of websites all over the Internet. Old reports are not updated when the situation improves. Incorrect statistics are hardly challenged.
END_OF_DOCUMENT_TOKEN_TO_BE_REPLACED

Although I hold no brief for Robert Mugabe, Zimbabwe’s leader of many years, nonetheless his policy of Zimbabwe’s reclaiming rich agricultural land which had been arbitrarily seized by British settler farmers when his country was overrun by the United Kingdom was a correct one.
END_OF_DOCUMENT_TOKEN_TO_BE_REPLACED