War is hell, says an adage that rings truer today than when it was first coined, maybe centuries ago. And in war, truth is the first casualty-another adage that has remained unchanged from the primitive period, when giant catapults were the weapons of choice, to today’s not-so-smart bombs that seem to have an uncanny honing ability in favour of unarmed civilians over combatants. Still, for all its brutality and its inhumanity, war holds a perverse fascination for those who were schooled in military history, strategy and tactics. This personal background brings me back to the deepening conflict in the Middle-East that seems poised to plunge the world into a cataclysm last experienced in World War II, which few alive today experienced or remember.
END_OF_DOCUMENT_TOKEN_TO_BE_REPLACED 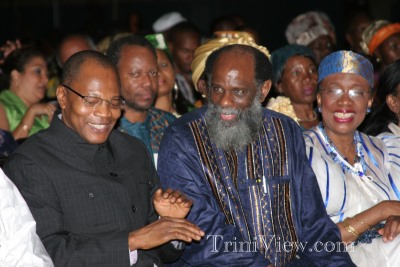 The opening night of the Lidj Yasu Omowale Village was held at the Jean Pierre Complex on Thursday, 24th July, 2006, and was spared the torrential showers experienced earlier that day. Although the turnout was affected by the rainy weather, many people still showed up to welcome in the auspicious occasion of Emancipation.
END_OF_DOCUMENT_TOKEN_TO_BE_REPLACED 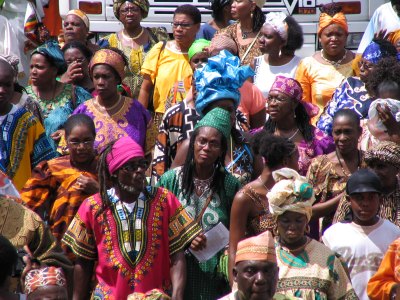 This year, for the first time, there will be a major Emancipation festival in South Trinidad. The Southern Emancipation Committee, a newly formed organisation will be hosting the festival which runs from Friday 28th July until Tuesday 1st August 2006 on the Harris Promenade, south Trinidad. The theme of this inaugural event is Building Bridges to Unite African People.
END_OF_DOCUMENT_TOKEN_TO_BE_REPLACED

Many of the present conflicts in the world take place in the former colonial territories that Britain abandoned, exhausted and impoverished, in the years after the second world war. This disastrous imperial legacy is still highly visible, and it is one of the reasons why the British empire continues to provoke such harsh debate. If Britain made such a success of its colonies, why are so many in an unholy mess half a century later, major sources of violence and unrest?
END_OF_DOCUMENT_TOKEN_TO_BE_REPLACED

Looking around at the many idiot concerts being staged at the highest levels in this society, with some of the most senior office holders as principal actors, one wonders if these people have nothing better to do, if they fail to see the trees from the wood. How and why two matters concerning the Chief Justice can grab headlines for close to two years, and remain mired in the courts and even more so in the political arena, defies imagination and rationality.
END_OF_DOCUMENT_TOKEN_TO_BE_REPLACED

The guiding rule in this tsunami of drivel is that the viewers should be denied the slightest access to any historical context, or indeed to anything that happened prior to June 28, which was when the capture of an Israeli soldier and the killing of two others by Hamas hit the headlines, followed soon thereafter by an attack by a unit of Hezbollah’s fighters.
END_OF_DOCUMENT_TOKEN_TO_BE_REPLACED

For some time now, certain groups and individuals have bandied about the notion, albeit accusation, that they have been the victims/targets of racial discrimination and racial victimization by the PNM government.

However, while there may or may not be any evidence to build a prima facie case of discrimination and/or victimization, any racial connotation in either scenario is a colossal non sequitur.
END_OF_DOCUMENT_TOKEN_TO_BE_REPLACED 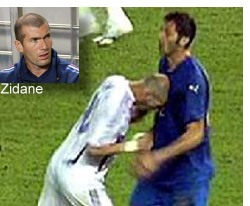 The world gasped when Zinedine Zidane landed a devastating head butt squarely in the chest of Marco Materazzi during the final match of the 2006 World Cup game in Germany. What no one witnessed at that time was the psychological violence unleashed on Zidane, coloured athletes in every sport throughout their professional careers and peoples of colour the world over on a daily basis. Zidane’s head butt was not the source; it was the effect of racist behaviour that has been allowed to fester in professional sports and in society as a whole. It was a reaction to the cancer of racism that eats away at the moral fabric of societies, putting a strain on human relations and rendering harmonious co-existence among human beings virtually impossible.
END_OF_DOCUMENT_TOKEN_TO_BE_REPLACED

The Laventille Hills east Port of Spain area earned a reputation, deservedly or not, for high crime against persons, drug involvement, gangs, knife fights and shootings and so on, and for years, army and police units have focused on east Port of Spain in an attempt to stamp out “crime”. People are still dying there at a high rate, higher than the norm for the country. Central however, is emerging as the SEX crime capital of the country, for crimes against children.
END_OF_DOCUMENT_TOKEN_TO_BE_REPLACED