As of now there has been no scientific assessment, even if preliminary, of the sunken earth at Todd’s Road in Caparo, so there is a measure of mystery about this phenomenon, even if there are educated guesses about why the land slipped.

In the circumstances, therefore, there should be put in place severe restrictions of movement of people in and around the site as it seems to have become a natural curiosity for people both from the area and even those who travel long distances to see this phenomenon. The point is that in the absence of a thorough understanding of what caused it and the possibility of it slipping even further, there should be caution. But having made the point, the observable evidence is that the slide is the result of years, perhaps decades, of unregulated sand mining in the area. During the tenure of the last government, illegal quarrying took hold in several areas. It came to be that both long-standing quarry operators and those who seemed to have sprung up overnight to capture a claim, grabbed State lands “free-sheet” and went about the business of quarrying. To exacerbate the situation, the state removed from the monitoring of the Environmental Management Authority the responsibility to oversee quarrying operations through the issuing of a Certificate of Environmental Clearance for quarrying on parcels of land less than 150 acres.
Full Article : guardian.co.tt

Stop the quarrying
By Rhondor Dowlat; Thursday, June 3 2010
WORKS and Transport Minister Jack Warner yesterday said a request will be made as early as today to Energy Minister Carolyn Seepersad-Bachan to have two privately-owned quarrying contractors cease operations in Caparo. 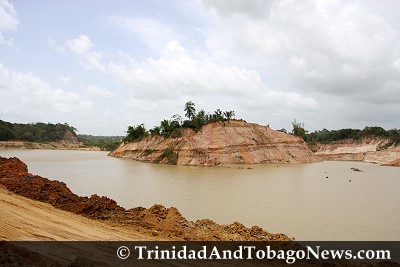 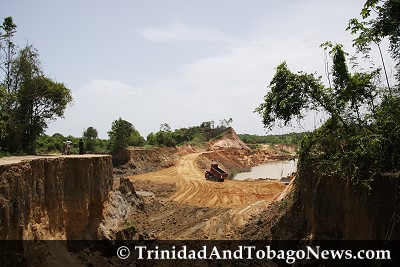 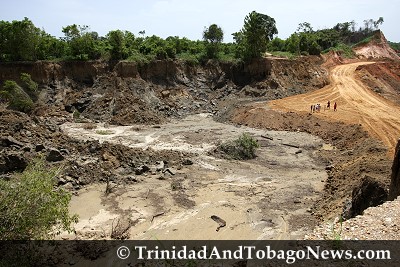 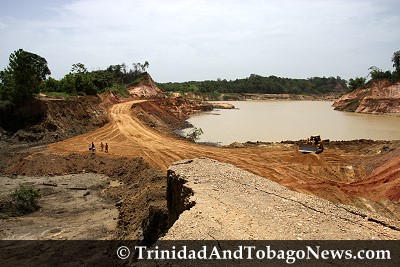