On Monday 17th November, 2014, a Trinidadandtobagonews.com reporter visited the Manzanilla/Mayaro road which flooded and collapsed due to erosion caused by consistent rainfall, high tide conditions and the overflowing of the Nariva Swamp. Residents in the area were thus marooned in their homes and villages. The extent of the damage to the road has drawn national attention because of the unusual occurrence.
END_OF_DOCUMENT_TOKEN_TO_BE_REPLACED

The devastation of sections of the Manzanilla-Mayaro Road may have been triggered by an act of God, as many are wont to say when heavy rainfall wreaks havoc and they wish to cover up their complicity in the destruction—dumping debris into watercourses, interfering with drainage systems, or denuding hillsides and undertaking construction in the worst possible places.
END_OF_DOCUMENT_TOKEN_TO_BE_REPLACED

The land slippages and other failures that occurred on the newly-opened section of the Solomon Hochoy Highway might be a blessing in disguise if the Government could resist the temptation to play politics with the costliest public works project ever in the country. This is also no time for those who oppose the Debe to Mon Desir segment of the new highway to gloat over the defects, seeing them as “karma” or punishment for the Government for proceeding with construction even as protestor Wayne Kublalsingh remains at death’s door in his marathon hunger strike.
END_OF_DOCUMENT_TOKEN_TO_BE_REPLACED 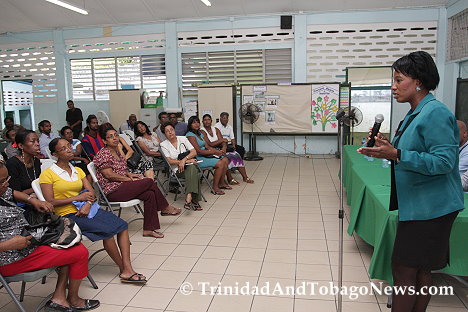 Residents of upper and lower La Seiva, Maraval at a meeting with
members of the Ministry of Works and Infrastructure

On Monday 28th November, 2011, residents of upper and lower La Seiva, Maraval, attended a meeting which purported to address their concerns following the landslides and floods which occurred last week. The Minister of Works and Infrastructure, Jack Warner, was supposed to head talks with the residents but was unable to attend. Members of the Ministry as well as the Chairman, Mr. Anthony Sammy and other representatives from the Diego Martin Regional Corporation were present to carry on with the meeting.
END_OF_DOCUMENT_TOKEN_TO_BE_REPLACED 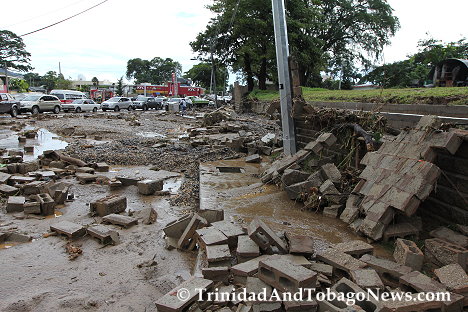 The retaining wall that collapsed was erected by the Government when they acquired land from the Country Club to widen the Maraval Road. The original wall was torn down to facilitate the new construction which was completed in May this year.
END_OF_DOCUMENT_TOKEN_TO_BE_REPLACED