…at the Diplomatic Centre in St Ann’s

The grand piano has been found —in the very place it was alleged to have been missing from. National Security adviser to the Prime Minister, Gary Griffith, told the Express by phone yesterday that the piano was found after checks of the Diplomatic Centre in St Ann’s.

“It (the piano) seemed to be deliberately tucked and hidden away. It was covered with layers of cloth and appears to have never been used,” Griffith told the Express.
Full Article : trinidadexpress.com

Asking the Lower House to set up a joint select committee to update the Prevention of Corruption Act, Ramlogan said UTT head, Prof Ken Julien, had in 2008 bought ten grand pianos from the Bosendorfer firm for US$850,000 (TT$5 million), after a one-third discount.

Quoting a Bosendorfer letter of November 24, 2008, he said, “One unit entitled Strauss and listed at US$114,215 is listed with a location of ‘Home of Prime Minister – The Honourable Patrick Manning’.”

“They in fact delivered one to the residence of the Prime Minister (Manning),” he said.

Ramlogan said he had asked Prime Minister Kamla Persad-Bissessar to search for it. Turning to Manning, Ramlogan said, “Sir, if you know where that piano is..could you kindly assist us?” Paraphrasing a Lord Kitchener ditty, “Where the money gone?”, Ramlogan said, “Today we have to ask, where the piano gone?” He said one grand piano had gone to each of four UTT campuses at O’Meara, Point Lisas, San Fernando, Chaguaramas (Maritime campus); and one to the residence of a musician known as Prof Mikkens. “Until about three months ago, we understand that two of the pianos were in their original packaging. None of the pianos appear to have been used to any extent at all, save for a few recitals given by Professor Mikkens or Professor Seivewright. Recently, in the last few months, three of the pianos were transferred to the Academy of the Performing Arts, and two are to be found at the National Academy for the Performing Arts (NAPA).” Ramlogan said the purchase was a most shameful and disgraceful use of public funds.
Full Article : newsday.co.tt

AG calls on Manning to answer: …It’s not at the PM’s residence or Diplomatic Centre

Speaking on a motion to amend the Anti-Corruption Act, Ramlogan disclosed that close to US$1 million (US$850,677 after a 33 per cent discount) was spent to purchase ten Bosendorfer pianos from Las Vegas, one of which is now missing.
Full Article : trinidadexpress.com 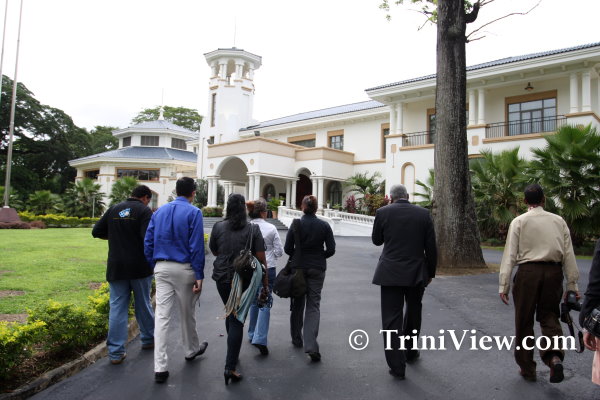