Both during question time as well as during the debate on the definite matter of urgent public importance that the Speaker accorded to the major flooding disaster that occurred in the wake of tropical storm Bret, the Rowley Government on Friday demonstrated the deep divisions and further polarisation that it is fanning and embedding in this country to serve its nefarious electoral agenda.

This is a time of an epic national disaster and widespread emergency when citizens of rural Trinidad were inundated by flood waters of an unimaginable and unprecedented nature. But PNM MP’s sought to score cheap political points and gain sadistic mileage rather than attempt to bring the obvious and requisite immediate relief to marooned families in need of food, shelter and clothing by accessing and using the resources of the state that belong to all sections and communities of T&T-rural and urban.

Those who are adversely affected as well as all sympathisers will never forget the neglect and lack of humanitarian feelings of nature meted out to them by these novices in Government who are heartless, synthetic and humanly challenged. 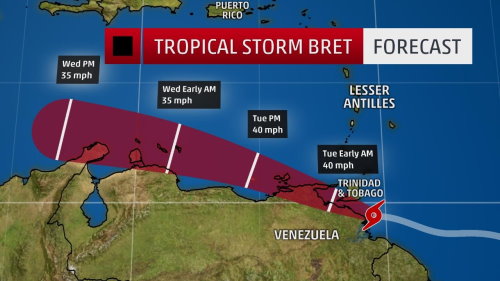 It was bad enough that the Prime Minister sought refuge in Tobago during the onslaught of Bret while he neglected his constituency of Diego Martin West that voted for him. He and his Cabinet showed no sympathy for the people of South/Central/East Trinidad. At this time, national and collective unity and a humanitarian response were required. He could not change his ways but showed his absolute uncaring and inhumane detachment from people south of the Caroni River. He is not the Prime Minister of Tobago exclusively where he was hiding and not available to conduct the business of the state in a period of national emergency unless South Trinidad is not within but excluded from his limited and myopic geographical vision for T&T.

This national disaster and the pathetic, callous, uncaring and inhumane non-response from the Rowley Administration have contributed to deep divisions in this country because the vision and mission that he has conceptualised for T&T cannot extend beyond Tobago and the East-West corridor. His insularity-prone vision is the biggest problem and stumbling block in the development and unification of diverse T&T.

Here it is that over 400,000 citizens living in 115,000 homes -one third of our peoples were directly, disastrously and adversely impacted upon by the torrential rains and strong winds associated with Bret and all the Government can offer to three Ministries with their time-consuming bureaucratic red-tape relating to disbursements is $30m of relative pittance that the Prime Minister considered to be assistance to the people who are hosts to the hydrocarbon patrimony/largesse of T&T since 1901.

I have witnessed first hand the immediate, caring and humane reaction of the Government of the UK and civic society to the Grenfell Tower tragedy and the terrorist attacks. But the bureaucratic bungling and cosmetic excuses for the statal non-response in Trinidad was indeed very contrasting, mind and heart -boggling and very inhumane.

That sitting of the House on Friday 23 June was a disaster and a showcase for man’s inhumanity to man. The answers given to questions posed by the Opposition members on the flooding were sometimes very disgusting and made me feel that south of the Caroni is another country. Look at the places to which equipment were sent and you will appreciate the lack of care for the rest of Trinidad. In fact Captain Neville Wint of the ODPM telegraphed before the storm that rural communities if and when flooded could expect second class treatment irrespective of their predicament. He classified this as in keeping with international standard based on a 72-hour protocol while people were marooned without food and water in their watery homes.

The Opposition was perfectly right to walk off from the sitting because The Speaker truncated the urgent debate and returned to the Motor Vehicles Bill.

Here it is that thousands of citizens are in dire straits and the Parliament has little time to spare to commiserate with the people whom the Parliament must serve. No amount of robustness on the part of the Opposition could move the uncaring and those intent on dividing this Nation to serve their own selfish motives and agenda at a time of national emergency that required MP’s to be in their constituencies serving the needs of the people rather than debating an illegal Motor Vehicles Bill that did not require any urgency above that of the people of Central, East and South Trinidad.

This Government has its priorities all convoluted and totally wrong and skewed. It has fallen down on the job and is in need of urgent defibrillation/resuscitation. Some have referred to it as being the most incompetent regime in the political history of T&T and that cry continues without ceasing. 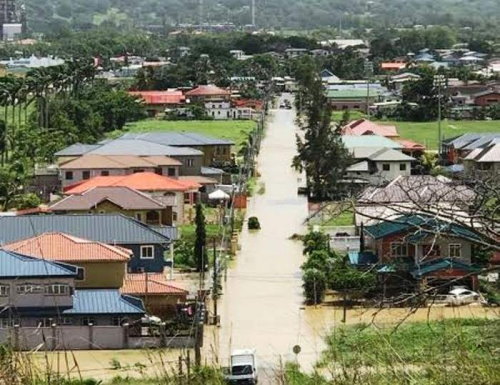 The people of Central/South are resilient and passively and intuitively self-reliant enough to ride out the adversities of this storm and put back their lives on the road to self-sufficiency and normalcy without depending on the state for Stooge-like hand-outs because there appears to be insufficient resources to even look after the PNM constituents who have first call at all times.

One thought on “Using a National Disaster to Polarise the Country”