The Five Caroni Villages long slumbering under the depressing yoke of the PNM’s policy of exclusion, rural isolation, neglect and marginalization has now awakened to the dawn of a new Janaam (era) marked by rapid infrastructural development/transfusion that has created optimism, excitement, expanding employment opportunities and credible hope, more equitable and better life for us in Caroni.

The current modernization/dualing of the Southern Main Road from the Caroni Roundabout to the new modern, free-flowing Cocoa Corner Roundabout will not only remove the daily traffic grid-lock along the old SMR to access the airport and East Trinidad. It makes Caroni an important pole for further physical development having regard to easy access and the large land space available to support this development. 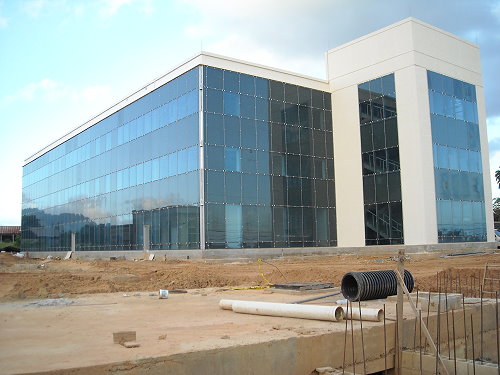 The hitherto sugar/rice-dominated landscape of Caroni is being transformed by the imposing turquoise blue glass façade of the Motor Vehicle Headquarters (MVA) building that is almost complete situated on the site of the former Caroni Ltd’s light railway yard. The new highway that should be named posthumously in honour of the late Bhadase Sagan Maraj/Pundit Krishna Maharaj, both residents and national icons of Caroni will facilitate the increasing traffic flows into this MVA facility. Several vehicle-related spin-off businesses are going to be started adding a wave of entrepreneurship and mobility to the area.

Simultaneous with the building of the new Highway there has been introduced a modern, efficient, State -of the art new drainage system that complemented by the embankment on the Caroni River can make flood-prone Caroni flood- free and dry for the first time in recorded history. The absence of flooding will invite businesses and investments to locate here. During last week’s flooding from the Caroni River in Kelly Village and St. Helena, Caroni remained unaffected by flooding. 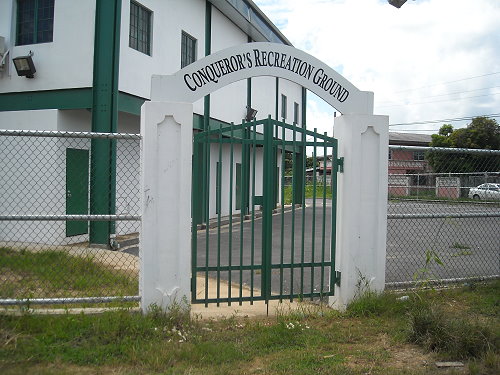 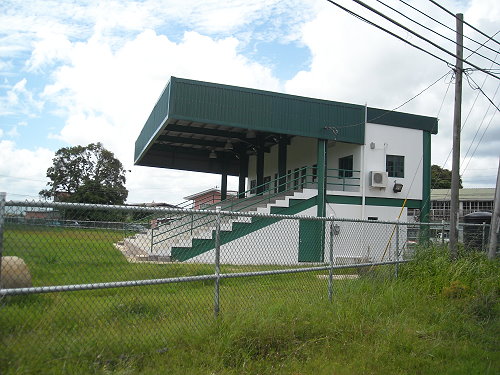 The first act of the PP was to light up both the La Paille and Frederick Settlement Recreation Grounds allowing many night-time sporting activities. The Caroni Conqueror’s Ground in Jumbie Peace, Caroni has been completely renovated and modernized by The Sports Company with a spanking new Pavilion giving the area a noticeable face-lift and an inviting green space for Sports and Games.

We in Caroni also welcome the NGC Fuel Depot Facility built at a cost of $1.5bn as well as the relocation of the Government Printery at the Frederick Settlement Industrial Zone from crowded Tragarete Road.

This Estate provides ample employment/training opportunities for Caroni residents. A huge expansion programme that is in the pipe-line for the Industrial Estate will encompass the former 400-care site of the abandoned Caroni Racing Complex, brain-child of discredited former tur-fite turned politician, the late Johnny O’Hallaron.

Speaking of training the Vishnu Boys College has won Scholarships and is the National Cricket Schools Champions. An Early Childhood Education Centre has been completed next to the College transforming the site from nursery to primary to a secondary education complex located next to the defunct Caroni Railway Station.

Part of the Southern Main Road has been resurfaced pending the completion of the rest of the road in Caroni.